CIS College - technical learning, and the elephant in the room. 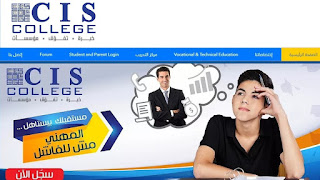 "Technical learning is not for losers." CIS College minces no words. Here's the rationale: Technical learning is often equated with those who were not "bright" enough to do into academic high school. Now, many people who go through that route end up joining "regular" colleges or do do through T.S. - technique superieur - when their B.T. Baccalaureat Technique is done with.
When a case in our family wanted to go to technical school, the whole family except myself went up in arms. The man now makes boatload of money and has his own firm to boot.
Yet the question remains: Should advertising be so blunt?
I do not have an answer but I do recall an ad for public schools in Lebanon (public schools in this context means those run by the government) and the actor - seeing the school well-run - ends up saying "oh if this is how public schools are, why not?" Some ad professionals thought that by invoking the elephant in the room (meaning the bad reputation such schools have), it is not something that one wants to put in an ad. Much like "Technical learning is not for losers."
Here's a comparison: 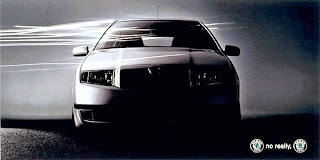 Skoda and its "comeback" ad - the ad was so impressive it made my top 10 best ads ever - "Skoda, no really, Skoda". As back up get this: 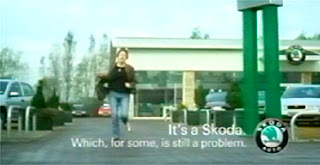 "Skoda, which for some, it's still a problem".
Meaning? Skoda had such a terrible reputation (once a magazine was running a bra review in the UK and one item was so bad it was called "the Skoda of bras", another joke went "why does Skoda have heaters on the back windshield? So that your hands won't freeze while pushing it"), that when they did their turnaround with the Skoda Octavia - the acknowledged their bad past head on.
Well, it worked - brilliantly - for Skoda. Does this mean it works just as well elsewhere?
Posted by Tarek Chemaly at 8:53 AM