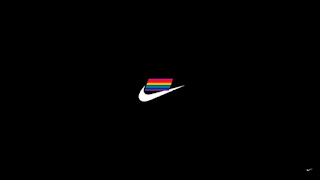 First Nike went Colin Kaepernick generating incredible buzz (the athlete was the star of the company's 30th anniversary, with him being the one who initiated the kneeling during the pre-game national anthem to protest police brutality in the US), then it went women (in an incredibly powerful commercial called "Dream Crazier"), now it went LGBTQ with another ad (honestly though, whereas strongly scripted, and with an incredible roaster of athletes it does not reach the level of the two mentionned campaigns).
But still, Nike is on the right side of history and they know it is the millenials who are buttering their bread hence them sacrifing those once-a-year-discount-sneaker-buyers-who-watch-Fox-News with the Kaepernnick and the "backlash" they faced with conservatives burning their Nike goods - fact: Nike sales increased following the Kaepernick ad.
Do note, Nike is surely not the only brand to bank on LGBTQ and pride month in the US (here's a small recap!), so with the company knowing their target audience, it now becomes bona fide to sell them what it knows they will buy - some "progressive" values which their buyers already believe in.
Or to misquote the Kaepernick ad: "Believe in selling something, even if it means not sacrificing everything".
Nike knew what it was doing, and now it is the turn for an ad for the LGBTQ community. Do watch the ad here.
Posted by Tarek Chemaly at 7:59 AM