Spinney's tries to do an ad about leap year 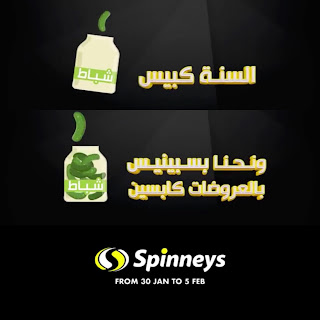 There are two ways of looking at Spinney's ad riffing on this leap year....
The first: The copywriting is not really a success (mind you that's a diplomatic understatement).
Let me explain: A leap year in Arabic is "sene kabis" (a pickled cucumber year), and I will try to unsee the word February on the jar in the ad, or the pickled cucumber going in! Then the second slide tries to "rhyme" kabis with "kebsin" (which doubles as "pickling" (cucumbers for example!) and "going pedal to the metal" (n this case "with our offers") - the result: A mess honestly.
Now as I said there is another way to look at it.

The second: Someone is advertising something in Lebanon, this in itself is a rarity!
To be honest I am not really in love wit the ad but hey.... At least it is an ad.
Posted by Tarek Chemaly at 8:45 AM