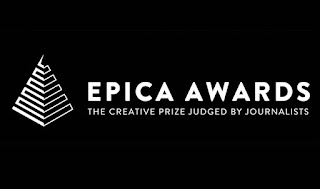 And here, dear readers a partial list of the Epica winners - deliberations are happening in Amsterdam,  and it is a gruelling task I tell you. As an Epica jury member here are some exclusives to you!


Overview of the results:
Overall the country with the most winners is France with 88 awards including 12 Golds. The second most successful country is Germany with 72 awards, including 22 Golds.
The most successful network is McCann Worldgroup with 52 awards including 17 Golds, followed by BBDO and DDB who each won 43 awards. BBDO has won 9 Golds and DDB has won 3 Golds.
At the agency level, the standout name is Ruf Lanz in Zurich with 18 winning entries, but no Gold. Another agency outperformer is BBDO New York with 15 awards including 3 Golds.
The brand that collected most awards is McDonald’s with 31, including 11 Gold.
Highlights of the day
The jury in Amsterdam has reviewed hundreds of submissions. Here are some striking observations from today’s jury meeting:

ICONOCLAST: "In the Long Run” for Mercedes-Benz
An entry that got rewarded in many Epica categories was "In the Long Run” from Mercedes-Benz. The Epica jury was impressed that the campaign film went much further than standard car movies: it tells a moving family story with a twist. The Epica jury has rewarded it with Gold in the categories Copywriting & Storytelling, Luxury & Premium Brands, Direction & Cinematography and Best Use of Music.

Absence of Gold in many Print categories
The Epica jury was critical about the level of the Print work submitted in categories like Luxury & Premium Brands, Public Interest: Environment, Recreation & Leisure, Health & Beauty, Food and Transport & Tourism. The Epica jury usually loves Print and will have a hard time deciding on a print Grand Prix tomorrow. If any ….

MullenLowe Thailand: “Termite-ator” for Chaindrite Foam
Although judging creative work is a very serious business, some of the submitted work also triggered smiling faces in the jury room. In an elaborate dramatization of the product’s efficacy, the film "Termite-ator" depicted termites as larger than life villains to bring tricky and persistent termite problems to life. The Epica jury considered the film not only a good laugh, but also awarded it with Gold in the category Household Maintenance – Film.

A small Tarek take on this:
At Epica, dissent is rather encouraged. We all come from different backgrounds and sensitivities. But this year and judging by the results I am indeed in agreement - the print category offers no "Brad is single" as was the case in 2016 (a standout winner which immediately popped to my eyes), however whereas I really liked the "In the Long run" film my vote this year goes to the other Mercedes film... the "Bertha Benz" which already won gold in the automotive category and to which I am cheering as Grand Prix winner.
Posted by Tarek Chemaly at 7:24 AM