Four ads and a funeral: The late Patriarch Sfeir.

So here's four ads and a funeral now that Patriarch Nasrallah Sfeir is dead... 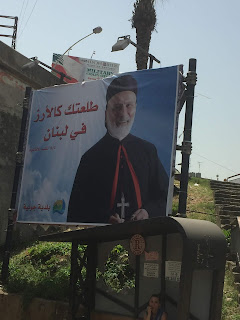 Jounieh Municipality went with the psalm "Song of Salomon" - "his countenance [is] as Lebanon, excellent as the cedars." 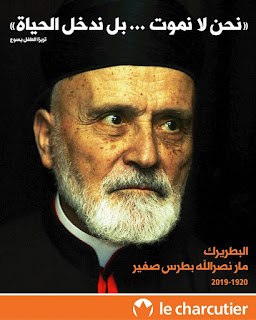 Le Charcutier Aoun has gone with a quote from Saint Therese Of Lisieux: "We do not die, we go into life". 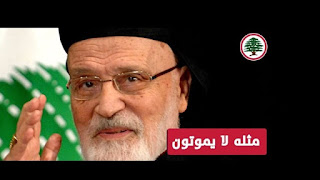 The Lebanese Forces went with "(people) such as him do not die" (except in Arabic it should have been plural - "amthalouhou" not "mithlouhou", because as is the sentence is half single, half plural). 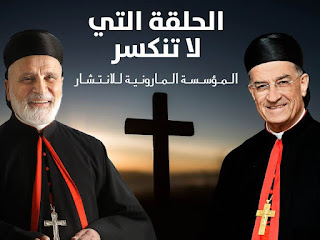 The Maronite Foundation has stressed the continuity by portraying the (already elected and active) Patriarch Rahi and the late Sfeir with the line "the circle that does not break".
As you might have noted, all these ads are dipped into the patriotico-religious sauce. There are other ads mind you, except these were actually the ones on the streets (meaning with booking budgets behind them).
Posted by Tarek Chemaly at 7:46 AM