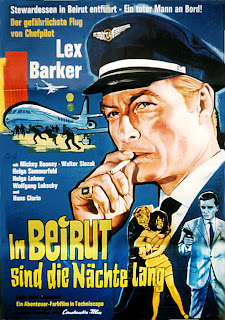 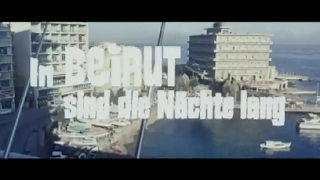 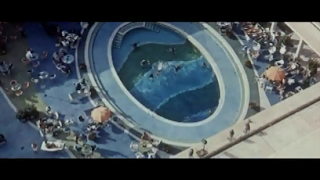 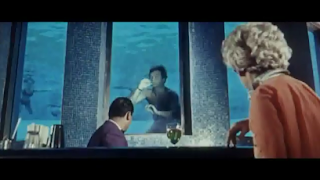 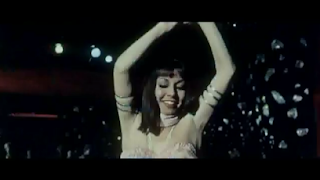 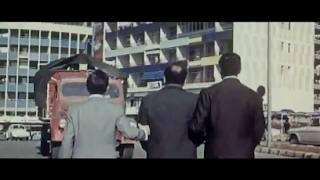 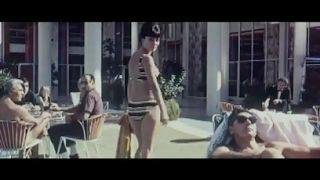 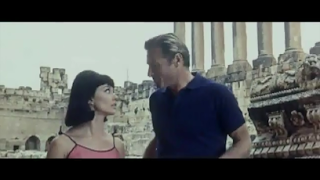 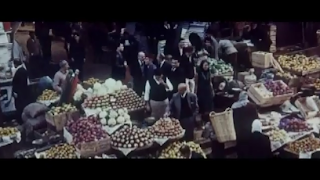 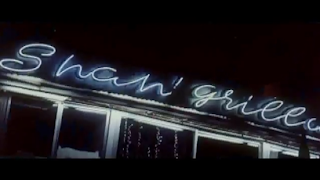 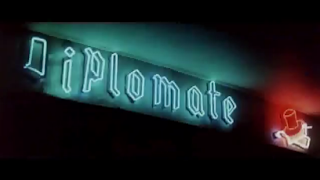 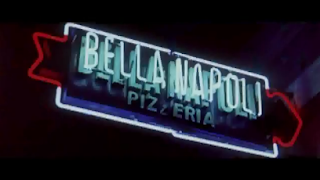 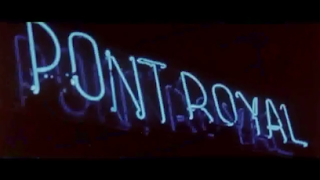 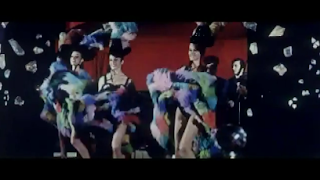 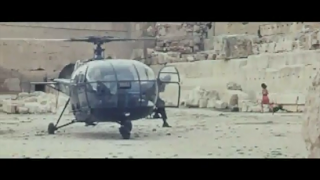 Originally published: 16/6/12﻿
Don’t you just love Google algorithms? While looking for a chemical formula under google images, I stumbled upon the movie "In Beirut sind die Nächte lang" or "24 hours to kill"… A German movie shot in 1965 in Beirut. Here’s the synopsis:
“When engine trouble forces an airliner into a 24 hour layover in Beirut, the plane's pilot finds himself in the crosshairs of crime thanks to his duplicitous purser. Lex Barker assays the hero pilot role with ease, while Mickey Rooney thoroughly enjoys his turn as the seemingly hapless criminal. Walter Slezak rounds out the caper as a deadly smuggler.”
Pity embedding the original trailer is forbidden…. But watching it is a must! Above are some of the snapshots taken from that trailer… Basically, it’s the usual mishmash of the epitomized image of Beirut: Lust, intrigue, modernist architecture, Phoenicia Hotel (and yes, there is a scene where the pool which gives way to the bar is seen!), Nadia Jamal (the belly dance), the nightclubs and get this – at the time private helicopters could land right next to Baalbeck ruins with no “yellow t-shirts” in sight… and… well, “it’s like Beirut” (before the sentence became Jad Aoun’s nightmare).
The movie's name in English is "24 hours to kill", a very nice double-entendre, naturally with the evolution of technology, nowadays Lebanese can do a full murder in 24 seconds.
Posted by Tarek Chemaly at 9:49 AM