Do advertising awards change anything at all? The case of early Marriage. 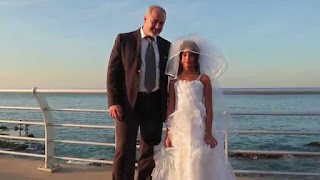 Kafa (via Leo Burnett) has issued this very strong stunt against marriage of minors. The campaign went on to scoop many - many - awards. It became an internet sensation and proved why advertising agencies opt for pro bono causes only to end up on the podium of advertising festivals.
There is currently a measure being discussed in the Lebanese parliament against forced marriage of children, all political parties agreed to it except the members of the parliament from the Hizbullah,
In a recent speech, the secretary general of the Lebanese Hezbullah Sayyed Hassan Nasrallah seems to be in favor of early marriage. According to the Women Economic Empowerment Portal: "UNDP representative to Lebanon, Philippe Lazzarini, reminded of the country’s participation in the sustainable plan adopted by the United Nations, which includes the issue of marriage of children. Lazzarini drew attention to the numbers of early marriage contracts during 2016, pointing to an increase brought about by a corresponding increase in the number of Syrian and Palestinian refugees from Syria. According to Lazzarini, the rate of marriage (among minors from 15 and 19 years of age), has risen by 8% to 10%, particularly in the regions of Akkar and Beqaa."
Which of course begs the question: Do advertising awards change anything at all in the behavior of people?
As an adman myself I keep the hope, even if logic seems to be against it. How many "don't text and drive" campaigns have there been? How many "don't drive while drunk"? "Buzzed driving is drunk driving"? Anti-smoking campaigns? And the list goes on. Am sure many of those campaigns have won awards on an international level - including the one mentioned above by Kafa.
But it seems all it takes is one politico-religious leader to voice an opposition and the whole matter goes back into the business as (un)usual mode. And advertising awards be damned.
Posted by Tarek Chemaly at 8:06 AM