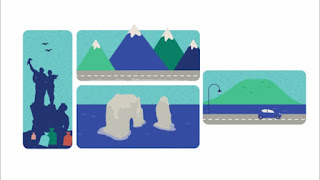 With funding from the UK government, Mercy Corps (MC) is currently working on the Improved Networks, Training and jobs – INTAJ programme to support vulnerable communities in the Beqaa and the North governorates in addressing their economic needs during a two-year implementation process, from March 2016 to April 2018.
Existing studies on stalled jobs growth in Lebanon have identified several characteristics of the Lebanese labour market, as well as several macro-level impediments to economic growth (including political instability, tenuous security, infrastructure and energy costs), which require national level policy coordination and intervention.

Did you know? Did you know that up to 90% of Lebanon’s waste is recyclable or compostable? Currently only around 7% is being recycled, a depressingly low figure but on the flip side that means there’s huge potential for growth in the sector. Growth that could create jobs and generate millions for the Lebanese economy.
But the reason they have such an honorable mention on this blog it is because of the beautiful inforgraphic style films they did in Arabic and English - with Joan Baz and Patil Tchilinguirian (both incredible artists in their own right, so what happens when you team them up together and with a super client?).
Please do watch the movie (or movies as there are two!).
Big thumbs up for Mercy Corps - and to Joan and Patil!
Posted by Tarek Chemaly at 12:16 PM