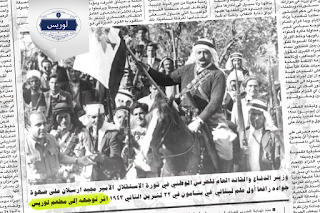 Cautionary tale alert. Loris Restaurant found a unflattering way of inserting its brand in the independence day conundrum. The photo of Cheikh Majid Erslan dating back to the era on his horse as he carried the first Lebanese flag included a caption of "as he headed to Loris Restaurant".
Comparatively Sellom Restaurant at least plays it decently saying "sallem hal edeyn" (an Arabic expression that says "may those hands be preserved" as a way of being thankful) and sallem/sellom written the same way. 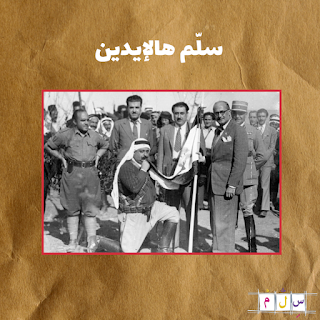 I hope the food at Loris is much better than the advertising, because the ad is a pseudo-tragedy.
Posted by Tarek Chemaly at 12:33 PM