Lebanon in Rio is "racist and anti-semitic" says hasbara 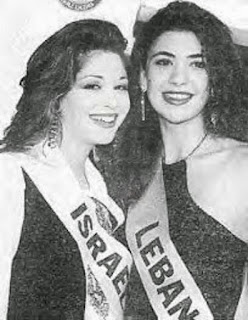 Ghada Al Turk, Miss Lebanon 1993 was stripped of her title for taking a photo with Miss Israel, basically, as a small reminder - the two countries are still at war and Lebanese people are not allowed to be in contact with individuals from Israel.
The response to the Lebanese delegation not allowing the Israeli one to share the bus during the opening ceremony of the Olympics was, according Miri Regev, Israel's Sports and Culture Minister words, "anti-Semitism pure and simple, and the worst kind of racism".
Really? Anti-semitism?
Where does one begin the xenophobia and racism of Israel itself?

Interestingly, Saudi Arabia judoka Joud Fahmy is accused to have forfeited her first-round match to avoid meeting Israeli Gili Cohen in the next round. Who knows, the allegations are not substantiated but perhaps winning over Cohen would be considered "anti-semitism" by Regev.
In a seperate incident, judoka Islam Al Shelaby was sent home for unsportsmanlike behavior when he refused to shake the hands of Israeli Or Sasson following the latter's win. The difference is that neither Lebanon not Saudi Arabia agree to the existence of Israel whereas Egypt does. Which is a little perplexing.
Posted by Tarek Chemaly at 11:56 AM