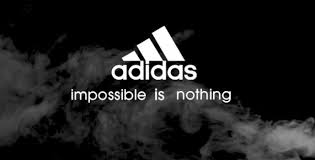 How about this for creativity!
USEK students while learning the craft of writing for advertising in my course, came up in a 2 hours and a half session with mind-blowing results. Take the case of Marita Merheb and Alissar Nakad who were doing radio ads for Adidas. Their original brief was simply - how to advertise Adidas without sounding cheap all while winking to the events. After an initial brainstorming the girls came up with the concept of "balls" with which many sports are played (hence Adidas) and the other balls (hence Lebanon). And whereas the brief was 30 seconds, they decided to split it into two 15 seconds ads. Honestly, it was beyond surreal!

Version 1: Adidas/15 seconds
Multitasking mothers have the biggest balls.
7 year old girls who stand up to 70 year old politicians have balls.
Women who kick bodyguards in the groin, have solid balls.
Have the balls to stand you ground, to play the game by your own rules.
Adidas, impossible is nothing.

Version 2: Adidas/15 seconds
Running from thugs in the street.
Doing open-air yoga on the bridge.
Swimming in an inflatable pool in the middle of the highway.
Some sports do not need balls, they require them.
Have the balls to stand you ground, to play the game by your own rules.
Adidas, impossible is nothing.
Posted by Tarek Chemaly at 7:44 AM