The zero-sum game or the mutually assured destruction 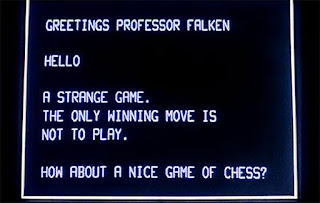 What stopped the nuclear war from happening was the MAD theory (Mutually Assured Destruction) whereby anyone who starts that war is bound to be annihilated (the tic tac toe scene in the movie War Games is a super example of that). The zero-sum game is easy: Your loss is a compensated by someone else's win.
Which basically begs the question - who won, who lost, and is the annihilation of one party an annihilation to all in Lebanon? Anyone, and I mean anyone, who can pretend to see clearly in the current Lebanese fog is at best guessing, at worst lying, or in the middle spin doctoring.
Indeed, all parties made it look that the resignation of Prime Minister Hariri and ergo the government at large (fun fact - the current government becomes a caretaker government so nothing changes till a new one is formed) has been painted as a win from all parties: The people on the street, the Free Patriotic Movement and its allies, Hariri himself, other political entities. Which begs the question: If everyone won, where's the catch?
Color me confused.
So what happens now to the movements on the streets? Are they still "innocent" or are they supported by political parties (as many say they are)? What happens with the government formation and that huge amount of cash we need to pay for the interest for the money we got loaned (which is supposedly to the tune of 2,8 Billion Dollars - the interest that is!)? How fast can we form a new government and what shape would it take? When will the roads be opened and business resume servce? When will schools and universities resume their schedules? Banks will open tomorrow, but will there be "capital controls" despite assurances of the contrary (and these controls already started happening by the way!)?
Worse still: Do any of these questions matter?
None of these questions seem to have enough weight on the radar, or any priority in solving them. The government formation seems to be a vicious circle: Parties do not want to negotiate its formation while people are still in the streets and people on the streets do not want to retract until a new government sees the light.
It seems the fog is as thick as it was on that chilly night in Kalmar, Sweden, when I could barely see in front of me until by instinct I stopped walking suddenly only for a parked six-wheeler to materialize in front of me. I feel everyone is strolling in Kalmar on an extremely foggy night.
In the meantime, anyone wants to play tic tac toe?
Posted by Tarek Chemaly at 9:50 AM