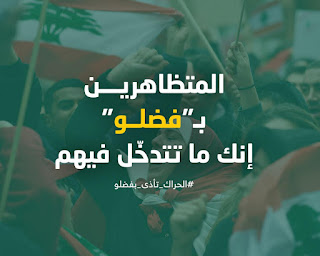 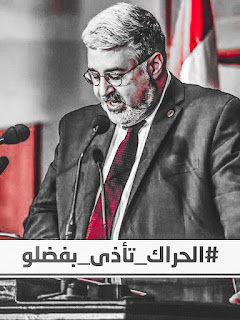 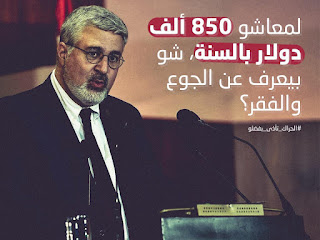 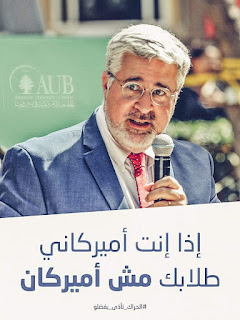 Let's admit it - this did not go down well. It seems the president of the American University of Beiut, Dr. Fadlo Khuri has tried to meddle with the manifestations trying to become the mouthpiece of the people on the streets, and - from what I read in the newspapers - proposing to become a member of the supposedly new upcoming "technocrat" government. As I said, this did not go down well.
Twitter was ablaze with jokes and the tag #الحراك_تأذى_بفضلو was trending. The joke is that the name Fadlo when added the letter "b" means "because of", so the tag is "the movement is worse of because of Fadlo" - well, no one can accuse activists of not being witty.
I was an AUB student between 1992 and graduated in 1996. I am not inventing gun powder saying university years are some of the most formative, and the AUB years - without doubt - were some to me. Yes, sure, with time all the "information" you learned is now free on Google - but university gives you not just information but also "knowledge" - or how to connect information to lead to better results.
That I went to AUB was a litte miracle. Remember, it was 1992, I was supposed to find a university closer to home (i.e. "Eastern" Beirut), our financial situation was such that we could only afford the first semester tuition only. Yet, with financial aid with usually used to average around 42-43% in my case, and which I got four years in a row, and added to it that system (which is sadly now gone) that anything you take above 12 credits is free of charge, plus two simultanuous student jobs allowed me to get through with as minimum finacial liability as possible.
Oh, and it all built character too.
I am not going to go at length about my AUB adventures, and I am not even part of the Alumni of the university (one needs to register apparently), and I do not even attend reunions or what not - not out of spite or gripe but life catches up eventually with obligations and priorities.
Still, I remember the AUB anthem whose chorus ends with "AUB in thee we glory; Make us true and brave."
Well, you don't get such a blog without being true and brave.
So forget those Fadlo Khuri antics, I still love AUB.
Posted by Tarek Chemaly at 8:03 AM