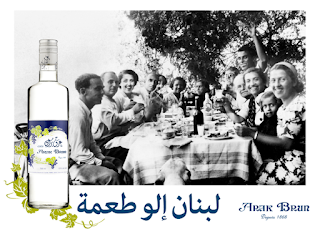 As a profession, advetising has the highest rate of divorce in the world - one can easily say "oh but that's because there are no official working hours", or what-not. I think it has to do with the gigantic ego people in advertising carry though. Who wants to live with such people? No offence to a certain Slovenian model who married an American reality star turned president. But I digress.
On my cubicle at an agency I worked for I had a paper that said "please leave your ego at the door". Only people who work in the ad business know how irritating it is when someone barges into your space - along with their over-inflated egos - and try to boss you around because they think they are some important creature. One such person (no names) who was head of an ad syndicate whose tenure was so useless, still likes to be called "president". In his office there is a huge photo of a local politician introducing him to a foreign head of state. I smirked looking at it - when you ask the said "head of state" who is this man you are being introduced to? Would be remember? I sincerely doubt. The ad business is full of such people. Men and women alike. But again, I digress.
I am quite introverted in character, but when I moved from Beirut in 2010 to my village, I re-learned what it is to be part of a community. In French they call this "donnant-donnant" (give/give back). Our neighbors do not even ask me if they can park in my garage. I do not drive so the parking of my house is almost-always vacant. Our elderly neighbors almost always pass their medical tests by me prior to meeting their doctor, and invariably I need to indicate to them which indicators tell if their diabetes is worsening or not. When the son of a neighbor wanted to open a new business, I sat him down for several hours running through the numbers. Whenever there is a funeral I go up to the church salon to present my condolences knowing that in 99% of the cases I have no idea who died.
So, you might ask "OK Tarek this is the "donnant" bit, where is the other half?"
Well, one of the neighbors who park in garage is an electrician, so when my heater decided to stop during the Easter Sunday storm that hit Lebanon this year, guess who I called? His brother is a hair dresser so as per the custom of hair dressers who close shop on Monday in Lebanon, he actually comes to our house early in the morning to do my mother's hair and in those incredibly damp winter days he cuts my own hair too (easy, been shaving it off on "1" since 1989) so as for me to avoid going to my own barber under the rain.
But "community" can be complicated too as a word. I had a lovely flowery hibiscus tree behind my house, except that its foliage was so low that it was impossible to pass there without having pollen on your clothes. So when - with the help of our ever efficient Ethiopian house help - I managed to break one such low branch, two minutes later the Syrian refugee renting the house across from mine materializes out of thin air with nothing short of a hacksaw. Less than 10 minutes later the hibiscus was severely pruned and the fig tree next to it as well. I invited him for a coffee and when I went outside to see what to do with the remaining wood (which he neatly arranged in a pile), the man who lives several houses down asks me if I want to give them to him to store for winter. I gladly obliged and added an old ladder on top of them.
All this is fine and dandy Tarek but what does this have to do with advertising? Let me tell you, these days all ads seem to center around youthful friendship. University students in sepia-colored-instagram-friendly-VW-camper-riding-good-looking-youngsters-living-their-life. I do not see two elderly women gossiping on the balcony anywhere. I know you do not believe but these friendships are fickle, they are glued by geography and math courses more than anything else. Move down the road with age and experience and you realize these people will not stick with you.
I do not see a real gathering anywhere which involves real warmth. Remember the Junal "7ameda kif?" ad - its genius was simply including two women (they could be neighbours or friends) giving their opinions about the cooking the other is doing. "Tante Blanche" our next door neighbor in Beiurt used to do that frequently simply dropping by as my mother was cooking to taste whatever was on the pot and see if anything was missing.
Remember that classic Barilla ad? No you don't you are perhaps too young. I am talking about either the original in the early 80s or the bit less effective redo in the mid 90s. Which was simply a family agglomerated around a pasta dish. Whereas staged it really felt "real" (which is why the original was so efficient because everyone pretended the camera was not there!).
Perhaps we need more ads like that wonderful, warm, tender, and incredibly well-executed Arak Brun campaign which came courtesy of Omar Boustany. It felt so genuine, because it was - he simply took original photos of family gatherings. And it resonated so well, because it reminded people of what is lacking in advertising - a community.
Posted by Tarek Chemaly at 11:24 AM