In advertising, self-depreciation is an art.

In 2014, I came across a British show called "the play that goes wrong" - where, you guessed it, everything that could go wrong does goes wrong even more than Ziad Rahbani's "chi fechel". But what interested me the most what the ads they ran for the show inticing people to "save money - don't come", "starring Tom Cruise - subject to availability", "premium seats - only £3,950" or a strapline that went that the play was "starring no one famous", there was even logos of the "tony" "olivier" awards and underneath "they liked the show". Ads have appeared upside down in newspapers to emphasize that even the marketing was amateurish.
Self-depreciation in advertising is an art all by itself, few can master it as it takes real courage to talk one's self down as most audiences don't get the joke. Among global brands, we have Stella Artois with their "reassuringly expensive" line, whereas this could be seen as not-really-self-depreciation on many levels it is, take this example and appreciate the irony: 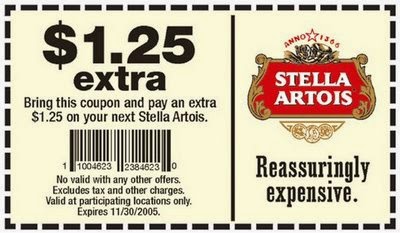 Moving on to Skoda, previously one of the most derided brands there even was - when a British magazine ran a test on bras, the one that scored the least was called "this is the skoda of bras". Another joke went "why does Skoda have rear heating windows? so that you hands won't freeze when you push it". And on it went, and so when Skoda did their incredible brand turn around they capitalized on their own jokes. "Skoda, no really, Skoda" or "It's a Skoda. Which, for some, is still a problem." or "It's a Skoda. Honest." 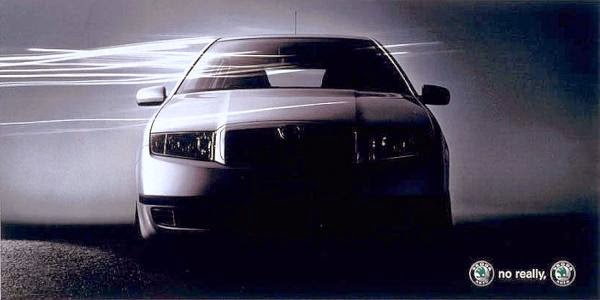 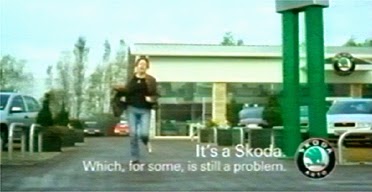 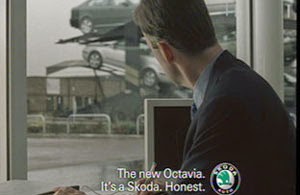 I am not sure anyone needs to be reminded of the Diesel "be stupid" campaign. If self-depreciation was taken to new levels, then this was it. My favorite is this one, "smart critiques, stupid creates" - simply because I am on both sides of the fence - not only do I do critique on this blog, but I too go reckless in my projects and artworks. Without further delay, here it is: 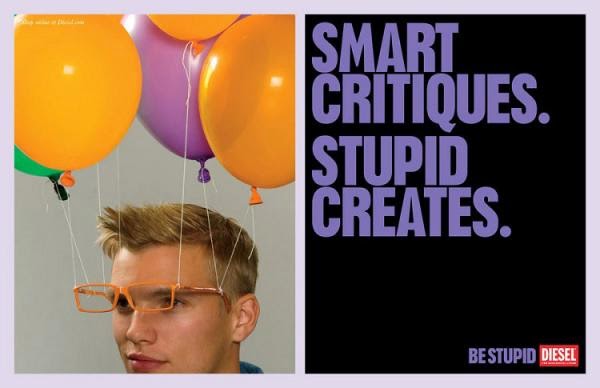 But the crown undeniably goes to "Hans Brinker Budget Hotel" in Amsterdam. The place has made such a mockery of itself, but all in the most positive of ways. Its ads are now classic, and keep topping themselves in terms of self-derision. I am lost as to which ones to post but here are some of the wittiest: 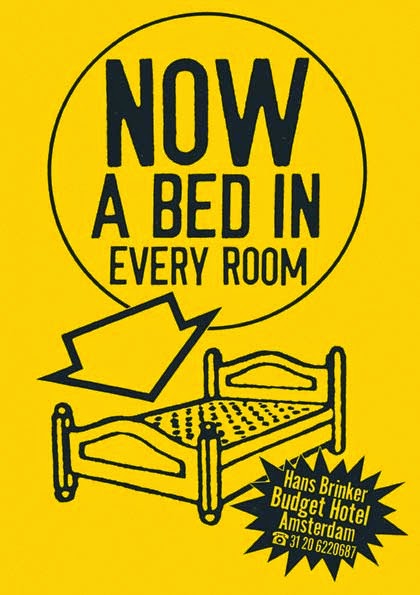 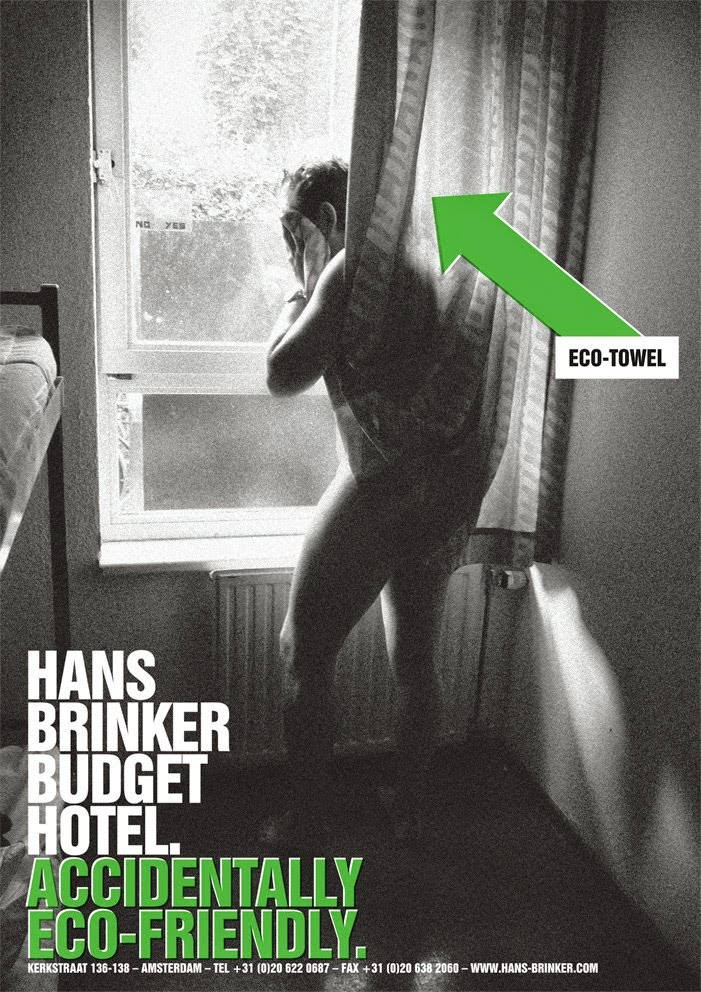 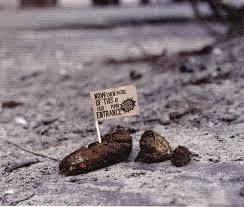 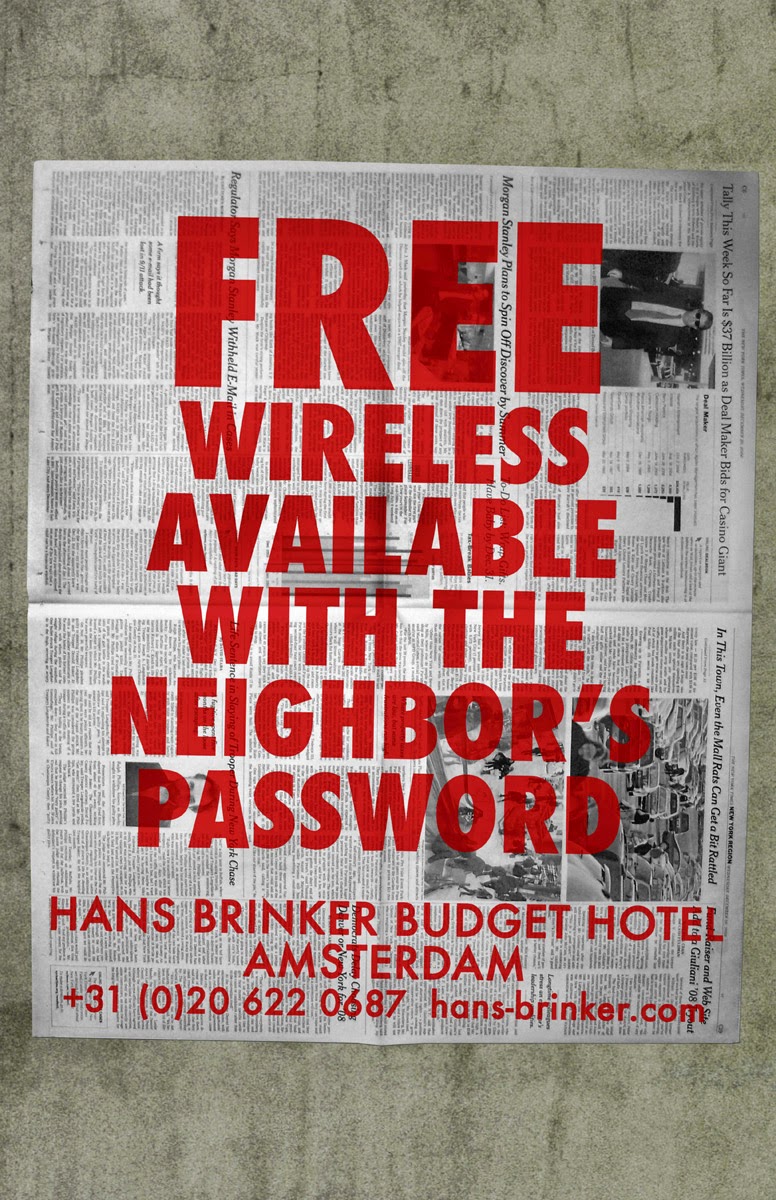 In an addition in 2019, Carlsberg Beer has marketed itself as "probably not the best beer in the world", as a frank admission that they emphasized quanlity not quanlity. Which is why they launched the pilsner, premium beer.

Naturally, for us Lebanese, most of these are no jokes but daily occurences. Still, I'd love to see a Lebanese client mock itself this way. It could be tough for their ego, and the audience might not sympathize, but - perhaps this could be "real advertising" such as "4G breaks repeatedly" "customer service at our branches now sucks even more", "longer queues because we have grown more incompetent". Hmmm, it's not irony, is it?
Posted by Tarek Chemaly at 8:12 AM