All Lebanese politicians are stupid except the one you follow 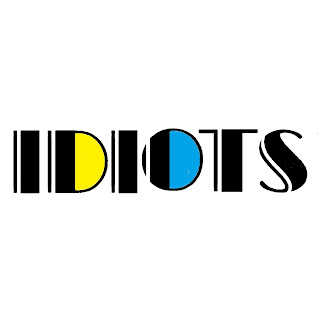 No matter what the real or official or agreed upon version about what happened in Lebanon yesterday one thing is for sure, there's so much foreplay the Lebanese population can handle before and excuse the term, ejaculating. The last thing we need is another war, thank you very much.
Every politician is now issuing his unasked for two cents about "keeping calm" and "restraint" and all those flat platitudes which we are used to. As the former correspondent of the New York Times Bill Farrell said "there's no truth in Beirut, only versions" which I transformed into an art installation under the title "there's no truce in Beirut, only virgins" because I deeply believe we are not at peace-mode in Lebanon but rather at non-war mode, and because everyone is a "virgin" from wrong-doing since it is someone else's fault, or as  said in the title of this post, "All Lebanese politicians are idiots, except the one you follow" which - when looked at collectively, they all are.
People, no matter what you hear, and take it from someone who lived the entire Lebanese war - no, we cannot afford to start another war. I work deeply on the collective memory through my art, and I can feel the trauma of it being transmitted from one generation to the next as trauma often happens.
Sadly as skirmishes escalate, and due to our checkered past (a large war as ignited in the past between the Druze and Maronites in 1860 because of two children fighting while playing, and as the uncle of two nephews and a niece I can tell you that children fight and reconcile and gang up on you when you try to break it up!), so anything - and I mean anything - can become a trigger, and when the trigger happens the politicians will realize we are at the point of no return. And the crowds they thought they could ignite and calm down repeatedly, or what I called "foreplay" earlier will can easily turn into an "ejaculation".
So there, that's my unasked for two cents, because everyone is doing it so why can't I?
Posted by Tarek Chemaly at 9:10 AM