Volkswagen on the force of self-censorship! 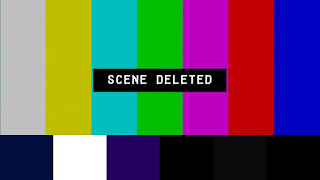 Volkswagen showed everyone how it is done! The ad comes from Australia for the Volkswagen Amarok but consors said it was encouraging unsafe practices. So the company re-edited the movie and took off the censored parts and in its own sneaky way re-portrayed them. The ad proved the vehicle was still too powerful for TV. See the ad here.
This reminds me of one of the best print ads I have ever seen! Where? Saudi Arabia. An ad for an underwear brand. For men. How on earth do you advertise it when they censor everything? The ad was auto-censored from the ad agency itself (by coloring in black all the suggestive flesh places - which in this case was almost all the ad) and signed with the line "so hot it SHOULD be censored".
Posted by Tarek Chemaly at 7:52 AM