My near-dye and the experience economy 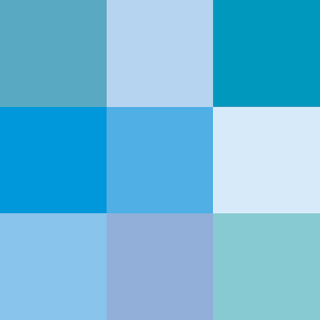 Source
Yesterday I had a near-dye experience. No no, I did not see a white tunnel or anything. A near-dye not near-die. As our househelp was hanging the laundry my reflex was - but I do not own that many blue shirts. I came to closely inspect the blue shirts in question and it turns out my two new white shirts were now - well - sky blue in color. The shirts were not just tainted somewhere, no, they were soaked uniformly in the same shade.I did go recently through a Marie Kondo kind of purging in my closet. Not that I own a lot but it did liberate space and made an orderly appearance among the goods which were not tucked out. At a certain age one does understand that too much clothing is not wanted. Or should it be wanted, it is not needed. Or should it be needed it is not used.
Which brings us to the idea of the experience economy. 1998 Harvard Business Review Joseph Pine and James Gilmore coined the term "Experience Economy" - Millenials were not even born yet! Sure, every other article these days stresses how people - specially Millenials - are replacing owning goods with being engaged in experiences. Side note: Should this be true, I am not sure it does apply majorly to Lebanon, as a university lecturer I make sure to quiz my students as to how they spend their money - buying things is always top on their list.
So my newly minted or rather tainted blue shirts could be:
Kept and replaced by two white ones (they were originally white, remember)
Given away and buying two new new white ones (two out - two in)
Given away and not replaced (more decluttering)
Kept as is (blue is more versatile to wear as my friend pointed out)
Each of these options has it own economic merits. Working in advertising can suddenly throw its own ethical/philosophical conundrums it seems (who knew?).
Based on the options listed - these are my possible routes of action:
I could think about this as a pretext to a new shopping excursion - with most stores now on steep sale (not just boxing day sales, shops dropped their prices prior to Christmas due to the economic problems in Lebanon hoping to lure shoppers). Shopping is indeed, an experience - albeit not one tied to the same level as travelling or dining out (these create memories that shopping does not).
However, considering I work a lot from home, to work on the basis that two less shirts could declutter further my wardrobe, and ergo get more wear out of the few that remained.
Or perhaps I think of the shirts themselves as experiences. Each time I will look at my blue shirts, I will remember this incident (I strongly suspect mother's new cardigan was the culprit in the color transfer by the way) and how the color came to be.
So what did I decide to do?
It seems I am the only man on earth who owns a Boggi shirt in this shade of sky blue!
Posted by Tarek Chemaly at 12:16 PM