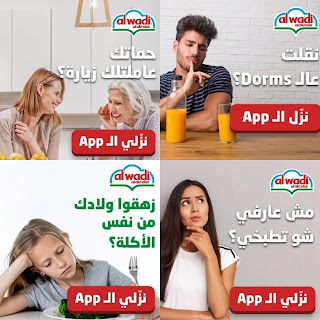 So Al Wadi Al Akhdar has a new App to launch.
Did they invite influencers to do so? No.
Did they gather sample (fake) mothers to do so? No.
Did they resort to those gimmicks agencies are maddingly resorting to? No.
They just thought who needs this?
Your mother in law is coming for a visit? You just moved to the dorms? Your childen are bored with the same food? You don't know what to cook?
Download the app.
See you do ot have to win at Cannes to come up with an ad that actually makes sense to your audience. Simplicity does it.
Here's another example. The brand is launching its new mezze set with an ad on the dora roundabout. "Mezzetna bit mayyezna" (our mezze makes us stand apart). A no-fuss ad that gets the message across - considering we swear by the brand in the family I for one am eager to try the new range. 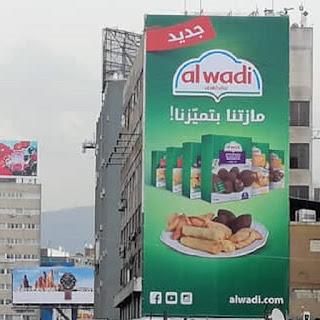 One final note? Their website which is marked as alwadi.com - which nothing but a masking tape for their more complicated alwadi-alakhdar.com which appears when you log in. Seriously, "c'est complique de faire simple" as the French say!
Posted by Tarek Chemaly at 8:21 AM