A very belated eulogy of Walid S Azzi because words failed me. 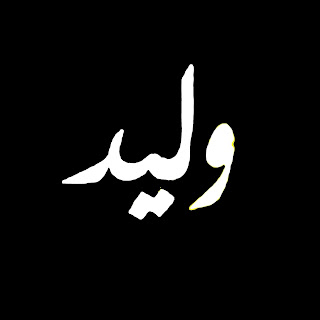 It was not supposed to be like that, I was supposed to help him write his memoirs. We often spoke about it and every time we did he would add another anecdote about the people of the industry. Walid Azzi - founder of ArabAd magazine - passed away on Nov. 29th. As to why it took me so long to write about it, it is because this hit me very hard on a personal level.
As I grow older I know not all friendships are alike - some people you go out with for a drink, others you speak to daily, even others you work with and ipso facto have lunch with, and others - as in the case of Walid - you know they are there.You do not have to question their loyalty towards you, you do not have to guess if they are on your corner or not. You just know they are there.
I knew about his passing sadly quite late so only managed to get there on the last day of condolences. Me, the one who always finds the rights words, sat there not knowing what to say to Nino, Ghada and Rim - his children.
Not once, but twice, he came plunging in when people in the ad industry wanted my skin because I dared say what others whispered. So if I am writing this very late, it is because all words were eluding me. It is ironic that the prologue to his book "From The Vault" which was issued this year which came from me and which I am reproducing below, ended up being his most sincere eulogy from my part.
But it was not supposed to be like that, I was supposed to help him write his memoirs.

"Alamak helou" he said in Arabic, that was the year 2000, and that was my first foray in writing for ArabAd. The sentence means "you have a nice pen" literally, and figuratively it says "your style of writing is impressive" - snarky as I always am, I replied "you mean: keyboardak helou?" ("You have a nice keyboard?").
The exchange would come to symbolize how we would always communicate, by hints, by sentences with hidden meanings, by semi-words interposed. But he - that would be "Walid" - would always have an advantage over me: He was the kind one.
Walid S. Azzi, later I learned the S. stands for Shaheen, the man behind the signature which adorns the first page of every issue of ArabAd, the famed "Publisher's Letter". From the days when pan-Arab publications were a thing, to when (in the middle of the Lebanese war no less) the Lebanese chapter of the IAA was so vibrant it won the Golden Tulip award, to the rise of women in advertising, to ethical issues, to the men of the year, and whole myriad of topics, the "Publisher's Letter" was there - a witness, which - even if admonishing at times - never let go of the kindness element that came to be associated with the man who wrote it.
As time came to pass, that wealth of archive became a pivot in terms of creating a barometer for the advertising scene in Lebanon. The same scene which saw the demise of many "fallen soldiers" way before their time.
But on they went, a testimony of times gone by, which - once we strip the methods and media and means - still reverberate today with the same issues we face - the same questions as to the advertising industry its present and future, as a derivative of its past.
And now, many of those letters have been compiled for our pleasure, a dive back into a memory lane of a time when a whole generation of advertisers were setting the pace and rules for an industry which has come to flourish, and even if today it struggles, it is the kind of struggle that brings with it new sets of rules, new tweaks of the old ones to take a step so as to jump again higher.
I know that the word that everyone describes such endeavors is "archive", however, I beg to differ, to me archive is dead substance, and the living equivalent of it is called "memory". So this book symbolizes an effort that encompasses memory, in a fight against oblivion in a world with a short attention span. George Santanaya did say "Those who cannot remember the past are condemned to repeat it."
So in order not fall into the pitfall of repeating issues which have dodged us in the past, let us all reread those "Publisher's letters" - or at least those that Walid has selected to put in this book from the many original works which were printed in ArabAd.
As someone who is always on the critical side towards the advertising and communication industry - in Lebanon and in the Arab world at large - I know that these words will be a refresher as to how to best go forward in an ever-shifting world.
And to quote the last episode of Downtown Abbey when Isobel - Baroness Merton - while raising a glass to 1926 says: "We’re going forward to the future, not back into the past.” Lady Violet - Dowager Countess of Gratham - played brilliantly by Dame Maggie Smith answers back giggling, “If only we had the choice.”
So whereas we have no choice but to look to the future, how about we do it while resting on a solid past?
Posted by Tarek Chemaly at 8:19 AM