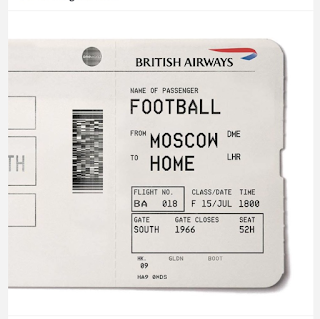 So British Airways is anticipating the World Cup and issuing a ticket for the cup in question to go back to the expression used to often "football's coming home" but there are also so many clever clues thrown inside the ad - "Gate: South" in reference to Gareth Southgate who manages the team, the seat is 52H which is the number of years since the cup was won by England, and the timing of the trip is 19:66 which is the year the team won the cup. Smart but also with wonderful embedded details beyond the obvious!
Interestingly, in 2014 Lufthansa issued this ad. But at least Lufthansa waited till the World Cup finished till they did it: 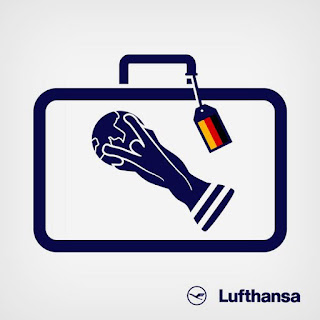 Posted by Tarek Chemaly at 9:47 AM