Why do people confuse happiness and peace of mind? 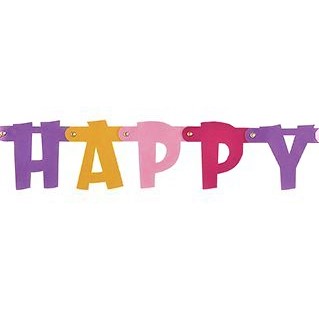 A friend told me recently, "I just want to be happy". He was very unsatisfied with his work and looking for alternatives. So I tried to make him understand that, no, he does not want to be happy, he wants to have peace of mind. Except, in today's pop psychology, these two are exchangeable terms.
Except they are not. One - happiness to be clear - is a fleeting state of mind, associated with passing moments being with people we love such as friends and family, etc.... Or doing activities we appreciate - apparently sports help secrete endorphins which trigger positive feelings in the body, but you'll have to ask someone who likes sports about that. As late Joan Rivers (whom I rarely quote due to her positions opposing the Palestinian issue) said "when I see a jogger smiling, I'll consider it".
Peace of mind, however is a totally different thing altogether: It comes when we have reached a state of satisfaction in where we are in life, what we are doing, and a general feel good factor about it all. It does not hinder ambition, it does not negate sadness (yes, one can be sad all while enjoying peace of mind), and certainly it can produce happiness as a side effect.
Advertising certainly plays on the idea of happiness as sold by self-help books: If you buy this, you will feel "happy", if you get that you will - ditto - reach "happiness". It truly concentrates on the here, the now. Or as the incredible French songwriter Jean-Jacques Goldman put it in his beautiful song "les choses"(things):
Si j'avais si j'avais ça/Je serais ceci je serais cela/Sans chose je n'existe pas /Les regards glissent sur moi/J'envie ce que les autres ont/Je crève de ce que je n'ai pas/Le bonheur est possession".

Or translated into English: If I had this, if I had that/I would become this and I would become that/Without things looks glide over me/I want what others have/I crave what I do not have/Happiness is a matter of possession.
See? That term again, happiness.
Compare that to Colin Vearncombe's (formerly known as Black) song "It's a wonderful life", some of which's lyrics go:  "No need to run and hide/It's a wonderful, wonderful life/No need to laugh and cry/It's a wonderful, wonderful life". Words which do not exactly reek of classic-in-your-face Pharell Williams "Happy" but of something deeper, calmer, less agitated and less speedy. Something perhaps which cannot be quantifiable or even palpable.
All of this, believe it or not, leads us to centuries ago with Aristotle's concept of "eudaimonia" - which can be defined as: "As the ultimate goal, eudaimonia is an objective state rather than a subjective state, which characterizes a well-lived life regardless of the emotional state of the one experiencing it. In a more general sense, eudaimonia can be perceived as any theory that places the personal happiness of an individual and his or her complete life at the core of ethical concern."

Am I contracting myself with the "personal happiness" bit? Not at all, just read the rest of the sentence and you will understand that it involves life as a whole and ethics at the same time.
That, put simply, is a peace of mind.
Posted by Tarek Chemaly at 9:44 AM