Pierre Sadek at his best (circa 1992): In honor of the rains #flashback 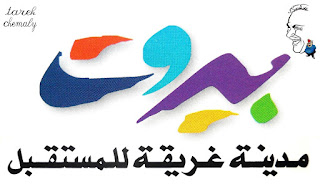 Originally published 15/11/2012
And so there it is, in honor of the first rains which as usual clog the streets and make waters overflow and cause (even more) traffic jams.... A caricature by Pierre Sadek which goes way back to (circa) 1992 when he was still doing the LBC nightly caricatures. Back when Solidere issued the line "madina 3arika lil mustaqbal" (an ancient city for the future - which was a very lame translation in English from their part) he just added one dot and it became "madina gharika lil mustaqbal" (a drowning city for the future).
Please note that above is NOT Pierre Sadek's original work, simply a mix and match which I have done myself based on my self-assembled logo and selling line straight from my archives.
Posted by Tarek Chemaly at 9:01 AM