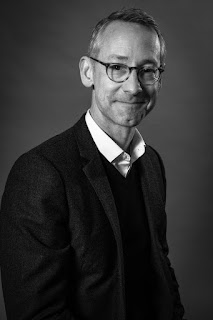 A journalist with three decades of experience, Mark Tungate is also the best-selling author of several books about advertising and branding (including “Adland”, still a reference in the field) and regularly speaks at conferences around the world. Mark is involved with the Epica Awards in a wide-ranging role. He is responsible for the annual Book, giving the Epica Awards its editorial direction as well as moderating jury proceedings and hosting the ceremony each year. In a talk over email with me, Mark replied to my questions about the festival, advertising and other pertinent issues.

Other festivals (particularly one on a coastal town in France) are experiencing directional issues and indeed bad press, how did Epica manage to get around this?

I think these conversations are worth having. Have certain festivals lost sight of their original purpose, which was to reward creative communications? And for that matter, are awards shows still relevant? The outcry from the creative community that followed the Publicis decision (of not participating next year in the award ceremonies) seemed to suggest that, for creative people, awards are important: they motivate teams and build careers. Epica sits somewhat outside the debate because it is of a modest size, comparatively inexpensive to enter and has a unique jury of journalists that can make it an intriguing alternative to other awards shows.

One of the problems of advertising festivals is that eventually, there are too many categories and someone is bound to be a winner "somewhere", yet Epica added Music Videos to its roaster this year as well as Online and Mobile Services, why did the change happen and how can they enrich the festival?

I think it’s our job to reflect the evolution of the industry. We also drop and merge categories too – this year we merged automobiles and automotive accessories, for example – so we’re not in a perpetual state of expansion. We added music videos because production companies normally associated with advertising were telling us that they were increasingly working in that field. Coincidentally, just after we had made the announcement, The Blaze won the Film Craft Grand Prix at Cannes with a music video for their song “The Territory”. Similarly, advertising for online and mobile services – brands like Uber, Tinder and Airbnb – simply didn’t exist a few years ago. When we started having the squeeze them into somewhat unsuitable categories, we knew we had to give them their own space to shine in. By the way, for the record, we give awards to about 10% of the entries we receive.

Last year an entry by OK GO entitled "Upside Down & Inside Out" truly split the jury – with some like you staunchly defending it and other people such as myself failing why it would labeled "advertising" even if it was shot inside a plane for S7 airlines. Basically, this begs the question what is advertising today?
For me the OK Go video fits more into the realm of branded content, where the accent is more on the “content” – or to put it another way, the entertainment – than the brand itself. As consumers are exposed to less and less traditional advertising, thanks to streaming services and Netflix, brands are having to find new ways of getting their attention. The OK Go video was a legitimate attempt to do that. The brand may not have been obvious when viewing the film on its own, but there was entire PR campaign around it which firmly established the link. So while it may not have been a perfect “advertisement”, it was an outstanding example of an emerging genre. And what fun to watch!

Last year I noticed that, even among jurors, there was an issue that we might remember the ad, but not the brand associated with it. How creative should an ad be in real life? What are the limits before it gets bigger than the brand?

I agree that this is a problem, particularly in the growing field of branded content, as mentioned above. I happen to admire ads that manage to entertain while clearly incorporating the brand. Two of my favorite entries last year were La Pursuit, for Grey Goose vodka – where the pursuit of the grey goose was the narrative driver of the piece – and The Tale of Thomas Burberry, a sort of biopic about the brand’s founder in the form of a mock movie trailer. A few years back I loved a series of ads from Egypt about Panda cheese. “Never say no to Panda.” I can still remember them, and the brand. Advertising genius.

To say that advertising is experiencing a huge shift is an understatement, and the agency model as we know it certainly needs to be questioned. But does this go as far as saying that agencies are no longer necessary?

Not at all. I just think we’re getting to a point where the term “advertising agency” is irrelevant, because agencies today must deliver advertising, branded content, PR, design, social strategy, digital solutions, merchandising, perhaps even architecture. To give just one example, a few years back the Canadian agency Sid Lee won the Adidas account by designing a store for the brand. The advertising came after.

Going back to the Arab world, the very rare entries from the region last year scored quite well with one going on to compete in the end round of its category. But is the creativity in the region on par with the rest of the world?

Ah, well you’d know that better than me. At Epica, we can only judge what we see. Certainly, the entries we receive from the UAE, for example, seem well on a par with European work. In some cases they’re even more creative, as they have to work their way around certain local sensibilities that don’t exist in Europe. I’ve also spotted work by agencies like FP7 across the region that seems very groundbreaking. “Hammam Fighter” from Tunisia was terrific, I thought.
Posted by Tarek Chemaly at 7:04 AM