On 10 years of blogging: Often a bridesmaid, never a bride. 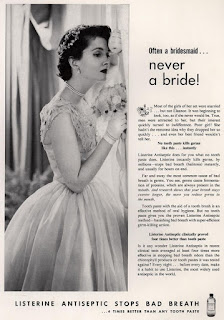 Oh its has been the same story since - since well I started blogging on January 11th, 2007 (which makes posting this article, a 10th year anniversary celebration to the day). There were always "newer/cooler/funkier", "more shiny", more "it" blogs. And in the beginning, when blogging was a thing and magazines were always compiling lists of blogs to read, never once was mine included - except for the time when Communicate Magazine posted their own list and because the blogs listed were not in any specific order, mine appeared as number one prompting a backlash of why others did not occupy such a position.
Of course, when you say you are a blogger, images of a cool person armed with his iWhatever spring to mind, chasing social functions and what not - basically, since I am born in 1974 and am trained in old-school journalism I am too far from those exuberant manifestations.
Lately, I was very harsh on a bad advertising and the manager of the company that did it wanted to speak to me and left me his phone number. Let me repeat- he wanted to speak to me and left me his phone number to call. I understood his thinking - a blogger is some youngster eager to please companies so why should I be any different.
Well, I replied to his email giving him a specific time slot and leaving my own number in return.
The conversation was polite enough but one of the things he said was "but there doesn't seem to be much activity on your Facebook" - "yes," I replied "but this doesn't hinder (insert very respectable number of readers) per month". The number certainly took him by surprise.
One of the funny things is that, over time, blogs come and go. Many of the blogs that the magazines mentioned breathlessly in their lists are no longer there - their owners moved to better (perhaps more lucrative) pastures, or got bored with their blogging attempts; or some had circumstances which forced them to change residence or what not. Their blogs remain out there, unattended and gathering dust - if such a thing can be said. Some of them are dearly missed - here's looking at you Beirut Drive By Shooting or Brofessional Review - while others are not even a footnote in the digital history.
But here I am, still standing and still going strong - some like me and many don't. I do not seek to chummy up to advertising agencies and it bugs them, I do not seek their approval nor am I a professional corporate megaphone pretending to voice unbiased opinions.
I think me being an academic who teaches at university, who publishes books and papers, who gets featured in documentaries, in conferences and gives lectures throughout; I only see blogging as part of a bigger spectrum of identity .
In addition, and as the French say "si c'est pour tout le monde, donc c'est a personne" (if it is for everyone, then it is no one's), which basically means - unless single-minded and centered around a focused topic, the blog tends to flounder. It also means that you do not let others dictate the content of your blog - not matter how "for immediate release" the email they sent you said.
I guess I belong to the late Carrie Fisher school of thought that goes: "instant gratification takes too long". Nowadays blogging is a depasse thing, there are still active blogs for sure, but the furor around us subsided. The cool kids are now on Instagram and Snapchat. Still, some of us do have something to say, to an audience that mysteriously keeps coming back.
"Beware those who seek constant crowds for they are nothing alone" said Charles Bukowski - don't worry, I am at peace alone, but it would be great to keep having you around.
In case you did not hear, "it takes ten years to become an overnight sensation", so who knows? You might be backing an potentially winning horse without even knowing it! There were always "newer/cooler/funkier", "more shiny", more "it" blogs but this one - like "the little engine that could" - just keeps plowing along.
I am "often a bridesmaid, never a bride" as the Listerine ad says - but hey, it seems even bridesmaids do have their day in the sun. So don't worry, I shall send you a "save the date", and invite you to my wedding when I become the "bride". So with this, I enter my 11th year of blogging, and happy birthday to the blog!

Posted by Tarek Chemaly at 7:10 AM