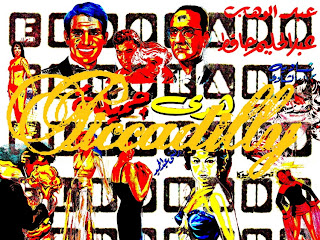 
61
My soul a bubble gum stuck underneath a table, left to drain from its saliva, rock hard to be scalpeled by janitors, with nothing but memories of the beatniks, two years ago on this day when we went and made ourselves counted with everyone having a celebration though maybe not for the same cause, not for the same reason, leaving reason and getting high on emotions, on smuggled hope bought from the black market, how we thought we could matter, until the matter of fact caught up with us, with just a memory of spitting adrenaline, and slogans of truth/freedom/nationalunity, screamed from the top of Marlboro blackened lungs, with throats now sore and needing Strepsils.

62
With heads about to blow needing bullets, with now 42% admitting they would use arms, brothers in arms though back then, with good-willed people trying to, nevermind what they tried to, until it had follow-up committee, which orchestrated its hijack, which made it a bureaucratic process, an organized prostitution ring with its own madams and black books and secretive wealthy clients and Beiruti bombshells, leaving us with the bill, like that advertising agency that does not bill you for your prostitutes, but someone ought to pay, ought to pay for the last supper bill, we were Jesuses stuck on earth for forty days washing dishes in that Jewish inn, making up for an unpaid dinner for thirteen, there are no free lunches, we had none, we just had subcommittees with stamps and red tape, with phosphoric tape of police line do not cross, free wills have been hit and run here.

63
"The city is like a woman" would write – repeatedly – Ed McBain, I wonder what kind of woman Beirut would therefore be. Maybe she would be what Ghassan Kanafani wrote for Ghada Samman, then the siren of the literary circles of Beirut, and him the married Palestinian rebel: "They say these days in Beirut, and maybe in other places, that our relationship is a one way street, and that I am doomed in disappointment. It has been said in the "Horseshoe" that one day I shall get tired of licking your faraway boot. It is said that you do not care about me, and that you are trying to get rid of me…" But Ghassan kanafani was assassinated by the Israeli secret service on the 8th of July 1972, and so he is no more. And Ghada Samman is somewhere in Europe, and she is no more.

64
And the Horseshoe in Hamra Street is now a franchise of "Costa Coffee", and it is no more. And the Modca, the other famous café, is now Jack Jones and Vero Moda – a clothing store, and the Wimpy is now Only another clothing store, and the Café de Paris which did the yoyo between opening and closing, now became a branch of Crepaway – a local restaurant chain - and all the major cinemas in Hamra Street have closed down for good and Charles Jacob et Mylady now forever frozen on sale in the cemetery of neon signs.

66
Our landmarks are there no more, and relocating them is now as useful as the fog horns in San Francisco – since the ships all have Global Positioning Systems – but the fog horns are there just for the charm and the remembrance. When a new women's magazine was launched some years back in Beirut, it used the selling line "Ni tout a fait une autre, ni tout a fait la meme" (Never quite the same one, never quite another). Could this be the Beirut that I have been looking for?
It changes while remaining the same, but we also never bather twice in the same Manara (Lighthouse) beach, and we never walk twice on the same corniche, and we never twice drink from Uncle Deek, and we never twice explore the newest place in town, and we never twice feel the same about Beirut, and we never are the same when we feel her, and she is not the same once she is felt, and – yet – sometimes there are moments suspended in time.

67
Much like the man who, intending to propose to his fiancée, asked the manager of the Ferris wheel to stop the motion once they are on top. Which the man promptly executed. But fate had it that the shelling started without prior notice causing the man to flee, leaving the lovers hanging in their cabin on top of the wheel for the night. Suspended in time, in space, neither on earth nor in heaven, much like that feeling once get as the pilot says "We are beginning our descent to the Beirut International Airport, please fasten your seatbelts. Cabin crew: landing position." Yes, that same feeling, but never quite the same one, never quite another.

68
Yes, the odor of the damp shelter nights came rushing back breathlessly through my nostrils, yes, there are unconfirmed reports of injuries, yes, my brother calls me on the landline because the cell phone network has crashed due to high demand, yes, according to the laws of probability from all the ambulant violence at least one explosion has to be near, yes, very near, yes, twelve injured and one dead woman, yes, my first reflex as I heard the explosion was to wonder if I should get dressed and go down to the shelter, yes, I don’t have its keys anymore, yes, I dismissed the big bang I heard as some aborted sonic boom with my head creating the sounds of aircrafts hovering over the city, yes, call the aunts who live there, yes, everyone is fine even the glass not shattered, yes, tomorrow will be a better day, yes, tomorrow is already today, yes.

69
In dug trenches surrounding vestiges of 5-star Beirut hotels, tanning on the sides of the now-emptied Phoenicia pool that used to give way to the underground bar,
While the hooded fighter, immortalized by Joseph Chami, plays accompagnateur to Julio Eglesias as he sang in private parties to the newly wed 1971 Miss Universe Georgina Rizk and Arafat's senior intelligence officer Ali Hassan Salame,
Paving the way to Stavro Jabra's macabre live executions, while everyone was trying to change – not only history, but geography too - as nowadays the Southern-bound "road to Palestine goes through Jounieh" a city north of Beirut,
With nightclubbing crowds going hysteric while DJs save lives and not only "from a broken heart", as they frantically look for a proper OST to dark alleys fights where "there's you, and the enemy, and a cat – and you don't even know on whose side the cat is on," like that soldier told me,
A cat with nine lives, oh let John Lennon rock and roll in his tomb, and just imagine:
A Phalangist cat (A Chritisan Maronite, Ini'zali – an isolationist to some),
A Progressist Socialist Party Cat (A Druze as it turns out),
A Communist cat (Most likely dubbed as infidel by all others),
An Afwaj al Moukawama al Lubnania (Amal) cat (A Shiite – one of the "Mahroumin" – the deprived ones),
A Lebanese Forces cat (Another Christian Maronite, albeit more hardcore),
A Mourabitoun cat (A Sunnite who is a trader by day),
A Palestinian Liberation Organization (PLO) cat,
A Persian cat (Pedigreed and called "Snoopy"),
And Garfield added for equal measure that had just been belched out from the "New Jersey" destroyer – or as cartoonist Pierre Sadek put it, the "New Jersa" – the new pathetic act, they were "self-righteous and incompetent, a truly American combination" as Steve Almond dubbed himself,
One of those typical Kim Wilde boys from East California: yes, I know, "they came in peace" as their memorial says, and the only thing Lance Corporal Eddie DiFranco remembered about the kamikaze is that he had a smile on his face as he crashed the gate of the compound with his loaded truck, just one day before my 9th birthday,
It is said that one of the dead Marines was the brother of Lisa, the woman who works in the American Embassy in Damascus, and that she then became "Lisa, No Visa,"
And us?
We were Joe Galloway soldiers once… And young, watching Transtel Cologne documentaries as we played Tom and Jerry (Yes, that's another cat for you!) with snipers in the Murr Tower in Maroun Baghdadi little wars of karr wa farr – advance and retreat, with John Lawrence cats from Hué as our furry little pets, feeding them with the rat that gnaws inside of us, signing our everyday final acts with the Robin Mannock trademarked "Life's a bitch, ain't it?"


Pun the pardon. On dead be of opportunity statistical better a give would 2000 and 1996 choosing although, that after – recurrently yet – sporadically then, 1990 and 1975 between anytime place taken have could above the. Being own their simply is reference only their if as, dateless and ageless seem statements somehow strange.

Posted by Tarek Chemaly at 8:03 AM