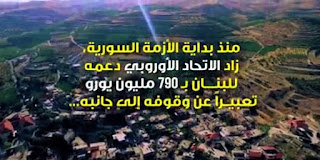 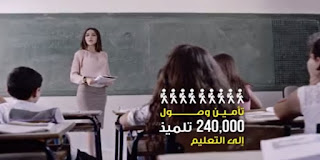 There is a new campaign on the streets, one which is from the European Union detailing of their programs and actions happening (or happened) in Lebanon. Facts and figures abound, largesse is stressed, smiling people all over, and the website developed by wondereight is a masterpiece of infographics. Do note the images above are screen shots from the video.
Long ago, when wars were fought, and two combatants met at night, one would ask the other "friend or foe?" - and would you believe it the other had to reply truthfully. Naturally, when one sees how much the EU seems to be spending in Lebanon, one cannot but be thankful. However, we must put things into perspective as well. In one of the statistics of the movie which accompanies the campaign which goes by the #indeeds common hashtag (and the Arabic #بالفعل) it says that the EU has, since the beginning of the Syrian crisis has increased its support of Lebanon by 790 Million Euros in expression of its solidarity with it. And that is money well-spent since the alternative would be for these refugees to live in even more mediocre circumstances than they do and end up paying someone for an illegal trip that sees them wash on some European shore.
The fact that Europa who supposedly comes from Tyre (a city located in today's Lebanon) and who was kidnapped by Zeus prompted me in 2012 to do an artwork about her brother Cadmos who,  according to legend, went looking for his sister being denied visa to go see her. 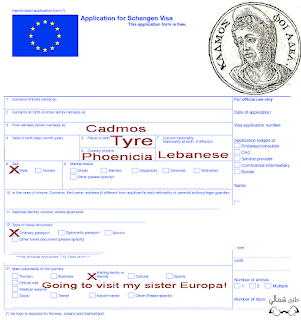 But far from humorous artworks, the EU with Lebanon campaign could also have a veiled undertone, one that would dissuade any Lebanese extremist element from going to Europe and inflicting damage there since a lot of the sabotage actions which have happened in the last few years there have been linked to people from Arab or Maghreb countries (either as immigrants or outright citizens with ancestry linked to said countries).
Naturally, it is not a point of contention that Europeans have the right to protect themselves, their citizens and their territories, even if that means excluding people from their geographical spaces. But they say inside every altruistic act is a selfish component. And 790 Million Euros of increase is quite generous so selfishness within generosity could be true hypothesis indeed, or rather in this case, #indeeds.
Posted by Tarek Chemaly at 7:27 AM