Douze (and Don'ts) goes outside 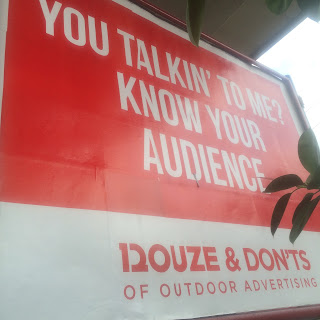 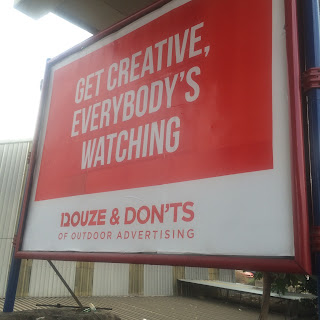 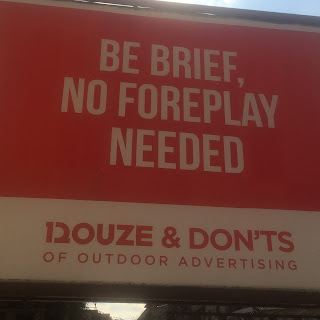 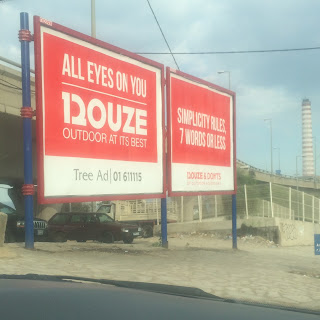 To call the new Douze campaign voluminous, would be an understatement - it occupies billboards upon billboards on the streets with several executions. But then, if a company is unable to serve itself properly how on earth is it going to serve its clients? And serve itself it does. It even calls itself "outdoor at its best".

My favorite billboards are the above "you talkin' to me?" (hint - Robert De Niro in Taxi Driver working himself up in front of the miror) or "be brief, no foreplay" (hint - kids (or rather men) do not try this at home). Do note that Douze (which you can book via Tree Ad as they specified) practices what it preaches, and abides by the signals it gave to its potential customers.

Also note that Douze (or Dos - for the Don'ts which show in some of the executions) has a D composed of 1-2 but written to spell "douze" or 12 in French all while implying the English gimmick.
One thing is for sure, one cannot shield the eyes from such an obvious campaign.
Posted by Tarek Chemaly at 1:16 PM