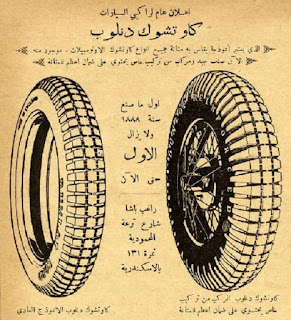 It seems that a night of drunken toilet crashing now is an international sports drama and it is based - appropriately - on hot hair (pardon the pun!).

It turned out US Olympics swimming team members had invented the gunpoint attack to cover a fight in a gas station in Rio after a night out which was heavy on alcohol. Sure, the star attraction of the now escalated incident is Olympics team member of the United States, Ryan Lochte. Lochte is a young (OK he is already 32 so not really young-young) rather handsome man, and like people of his age, he wants to go out and party specifically after the incredible stress of competing in the Olympics (one cannot get higher than that in sports!).... Thing is, the ruse (of pretending to having been robbed at gunpoint by people dressed up as policemen) could have worked (meaning covering up for gas station belligerence and masking it (again pardon the pun!) as a gunpoint robbery) if Lochte, on the strength of his first statements did not go on with the details that he heroically resisted the robbers as the gun pointed at his head no less.
It all started with Lochte lying to his mother, who later certified the gunpoint robbery to news outlets, and the Brazilian authorities having a hiccup as to being labelled ineffective in protecting the athletic community.
But seriously, Lochte pretending to have resisted gunpoint threatening while his teammates abide by the so-called police impersonators as he stood there defiantly with his colored-hair in the wind was a bit too much to stomach.
We all know the devil is in the details.
And it was the details that got everyone who was with him in a hot mess - ironically whereas his teammates were pulled from the departing plane, Lochte himself was already in the United States safe and sound from any supposed gunpoint harm though with a serious reputation damage and some silly posts on his social channels (a cartoony video with a fellow US gymnast was later deleted).
The story - specifically the "details" - reminds me of the urban legend which transformed into forwardable email back in the day when people used to forward emails as opposed to put them as facebook status. Funnily I still have that story saved up:

"There were four University sophomores taking chemistry and all of them had an A so far. These four friends were so confident that the weekend before finals, they decided to visit some friends and have a big party. They had a great time but, after all the hearty partying, they slept all day Sunday and didn't make it back to school until early Monday morning.
Rather than taking the final then, they decided that after the final they would explain to their professor why they missed it. They said that they visited friends but on the way back they had a flat tire. As a result, they missed the final. The professor agreed they could make up the final the next day. The guys were excited and relieved. They studied that night for the exam.
The next day the Professor placed them in separate rooms and gave them each the 100 point exam. They quickly answered the first problem worth 5 points. Cool, they thought! Each one in separate rooms, thought this was going to be easy. Then they turned the page. On the second page was written...
For 95 points: Which tire?"
So it was the tire that went flat and went out - like a gun - in Lochte and his teammates' faces.
Posted by Tarek Chemaly at 4:11 PM