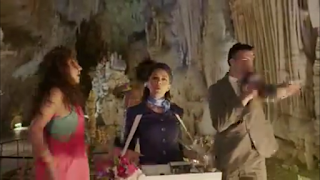 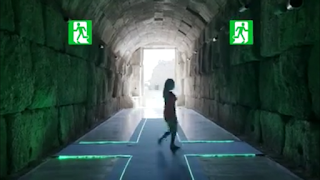 The new Middle East Airlines safety video is a thing to behold, a real Geita cave of wonders! Safety videos are all about - well, safety. To begin with they freak me out! But Middle East Airlines turned them into a touristic brochure - any monument worth seeing in Lebanon is featured and emphasized all while explaining how to duck in case of air turbulence. The production seems shaky at best, and the kaleidoscope of all the touristic landmarks is a little too much to handle if one trying to understand exit during emergencies. Does it work? I don't know, it is too long and therefore counter productive. Is it nice? Not overtly so when production fails it. Final verdict? No clue! I don't know if anyone will bother watch it as they struggle putting their carry one in the overhead compartments!
Update: I have been accused of being too harsh on the MEA video and you can compare and contrast with the Air New Zealand Hobbit video - which whereas long and therefore counter-productive has a very high production value. To be honest, I am perhaps the kind of jittery traveler, which reminds me of the Nike Zoom Air ad which ran during the 1996 Olympics "tell us what it is, tell us what it does, and don't play the national anthem while you do it". So when it comes to safety videos, I really, really want to know where the hell is my oxygen mask without seeing Baalbeck as a reminder of what fresh air really means.
And so, as I was saying....
Posted by Tarek Chemaly at 10:26 AM