Nancy Ajram - the brand - is on trial. 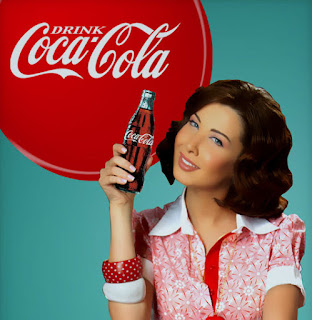 A long - long - time ago the incredibly popular singer Nancy Ajram did an interview with a pan-Arab magazine where she said "I did two plastic surgeries to be more beautiful", the second day after the magazine hit the stands, her manager - the very capable  Jiji Lamara - went on damage control mode saying it was just spa sessions she meant. Also a long time ago Nancy Ajram said "no one can stop Nancy except Nancy" - little did she factor a man who would come into her villa at night only for him to end up being dead.
Well, at this stage even the simplest facts surrounding the story seem murky.
Why?
Because Nancy Ajram (and by extension her husband who shot the man) has entered the public realm and became a brand - who is having a real time PR crisis which went totally and completely out of hand. Her name trends on twitter daily every day since the tragedy happened. Speculations abound and rumours swirl around her, her husband, her virtue, and every person seems to have become a Sherlock Holmes noticing things in their security video (a fragment of which was distributed online) that properly trained investigators and coroners did not ("did you see the video at so and so minute and second?" - "did you notice the color of dead man's jacket?" and so on).
Once more, no one is treating her as a person - if she publishes a photo with her children, she is either a "devoted mother" or "the woman who robbed other children of their father" (words quoted verbatim from Twitter) - she is seen as an abstracted version of herself, simply, a brand. People are already issuing legal verdicts, interpreting (or rather misenterpreting) all the legal elements surrounding the case, publishing on social media their thoughts as if they were informed opinions. But that is because, again, Nancy Ajram is not being treated as a person any longer. She is now subjected to the whims and speculations of many issues (it did not help that the man who ended up being dead following what was apparently a theft at the singer's house was actually Syrian - because suddenly anyone who mentions his nationality becomes xenophobic, and anyone who does not, is being biased).
Nancy Ajram, who has many deals with companies is now in a compromised position - brands who in the past were running to be able to have her front their goods and paying her lavishly in the process (Coca-Cola, Toyota, Hwawei, Damas (jewelry) but to name a few...) now see her as "divisive" sadly. Regardless of the legal outcome about her husband shooting the man, people already have their mind set ("she is the wife of a muderer" - "she is the victim of a theft") and as is no brand can afford alienating its customer base having her representing them.
It is a pity the woman (or rather her husband) is no longer afforded the luxury of a trial in the legal sense of the word. Now her trial is the realm of public opinion and this is not something Jiji Lamara can sweep under the rug like he did about her plastic surgeries.
Posted by Tarek Chemaly at 1:13 PM