The Guardian: Hope is power. 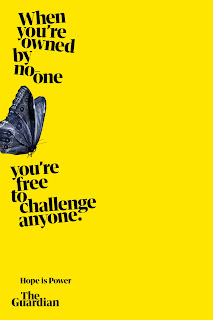 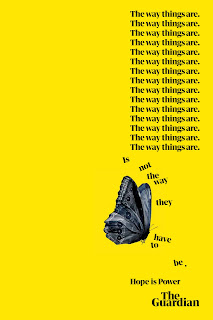 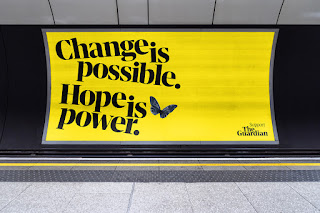 To begin with, watch the incredible film, then look at the campaign.
The campaign film is directed by Academy Award-winning director James Marsh, known for his Stephen Hawking biopic, The Theory of Everything. It is set to music from the Tony award-winning musical ‘Hadestown’, the track ‘Nothing Changes’ is written by Anaïs Mitchell.
Anna Bateson, Chief Customer Officer of Guardian News & Media said: “Against the backdrop of a volatile political landscape around the world and with a frugal budget, we have chosen to take a bold creative approach which we hope will inspire readers to support Guardian journalism in a number of ways.”
As a faithful daily The Guardian reader, I can tell you I found the film and campaign to be moving beyond words. I am truly in awe!
Posted by Tarek Chemaly at 7:20 AM