Bank Audi and Cafe el Hay - advertising but not as we know it. 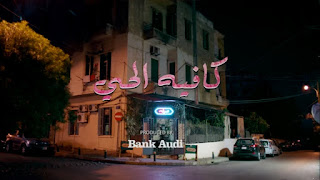 Cafe el Hay - produced by Bank Audi.
Wait, what?
Well, seems Bank Audi has produced a series (labelled as comedy-drama) whose trailer you can see in the link. It's advertising but not as we know it I suppose. Banks are known to support the audio-visual industry, either as a way to product placement (we would see the characters in the bank or around the bank or using the bank's products) or as a way to pure benefit on the financial aspect (as in the case of Cedrus Invest and Nadine Labaki's Capernaum - which was nominated to the Golden Globes, the BAFTA Awards and the Academy Awards and which was picked up to international release). How this pans out to Bank Audi I got no clue, the trailer is already too youngo-hisperish in mood so could be a way to attract younger consumers. The bank has a page just for the series on its own website!
Still, with the ad business trying all possible ways, it is interesting to see where this one goes.
Posted by Tarek Chemaly at 8:28 AM