Why is Beirut always portrayed as a bubble? 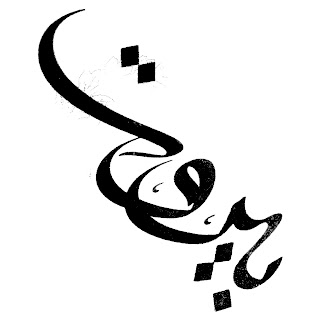 Well, it seems there are two ways of portraying Beirut in the international press:
A destrcuted city (which is when we have periodic wars and upheavals) and a "bubble".
The Mecca of modernist architecture? Check.
The Middle East capital for bike-riding revival? Check.
The coffee-culture city? Check.
The pubbing-and-clubbing destination? Check.
The haven for graffiti artists? Check.
The entrepreneurial-hub of the region? Check.
The list continues and is endless. And it gets on my nerves.
Modernist architecture? Well last time I visited the Gondole building... no wait, the Gondole, much like many other structures got torn down.
Bike-riding? Let me check, I have no official statistics, but if I am to count the bikes in Beirut - including Abo Tawila the ambulant hairdresser everyone keeps harping about - and considering the mad traffic in the city, no wonder the number of bikes is dismally low.
Coffee-culture? When the price of the cup of coffee is abnormally high due to rents (and here I am referring to my friend's Dan Azzi's theory of "invisible claws" - which tries to counter Adam Smith's "invisible hand" economic theory) and when the said cafes are populated by hispterish people, no wonder the older generation feels excluded.
Pubbing-and-clubbing? Monot then Gemmayze then Mar Mekhael with an incredibly high rotation of places opening and closing. I rest my case.
Graffiti? OK, I am the one who introduced graffiti to the academic circles, and my Archaelogy books who to be honest are still an incredible success (freely available to see and check etc...) are an extension of the work of the grande dame of graffiti collecting Mrs. Maria Chakhtoura. But in an inteview I did with her Mrs. Chekhtoura herself told me "for me graffiti stopped when the combattants stopped using coal and moved to stencil". So when graffiti artists need to submit their designs for approval from the municipality - this is when you know we have a serious problem.
Enterepreneurial hub? People, I give workshops for start up and most of the time my thinking is "who on earth agreed to fund this?".
All of this reminds me of Tawfiq Yusuf Awad's seminal novel that predicted the war "Death in Beirut" (Tawahin Beirut in Arabic) - which described the city as "a deux vitesses" (on two speeds) an upper middle-class that is hipserish and almost detached from the real life (even though they hold political meetings) and a deeply conservative society with patriarchal-dominated values, religious and moral codes upheld above all else, and again - the list goes on.
The crescendo of the novel which unfolds towards disaster as it continues only makes one wonder how long we can sustain that bubble before it bursts - again, for the millionth time, in our faces.
Posted by Tarek Chemaly at 9:01 AM