Women driving in KSA is like Obama's post-racial society 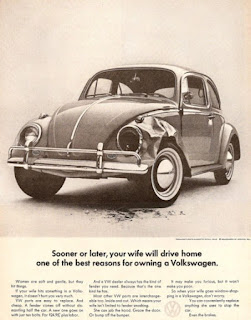 So the king in Saudi Arabia decreed that women can drive a car. Not sure everyone is rejoicing as some hardliners must be choking on their kabsa (prepared by their non-driving wife). A religious figure in KSA who was suspended said that women had "half the brain of men" and half that goes away "when they go shopping". Even in a recent article I read women were not too thrilled to drive - after all try changing a tire at night when you are wearing a full abaya or in some cases a full khimar that covers your face. Some women literally said that men are here to serve women that way so they did not have to do such menial jobs.
But there you go, the king in Saudi Arabia allowed women to drive. On the one hand, I am glad, on the other - it all reminds me of the much-promised often-touted post-racial society in America under Obama which only fueled white-supremacists, acts of police brutality, the existence of Black Lives Matter, and so on.
The arguement being "there, we gave you a black president, so what did he do?".
Same logic applies to women in KSA, "there we gave you your driving license, so what did you do?" - from here on any women who has an accident, who gets involved in any incident on the road, who has to take off her black abaya to be able to check her motor, will only add fuel to the fire (sorry, not a pun) with the logic being used is that "see, you shouldn't have given those women who have a quarter of the brain of men driving licenses" just like, when one sees what is going on in the US, "you should not have elected that black man born in Kenya as a president of the United States".
Sure, I am not belittling the fact that women can now drive in KSA. Good for them, some women even went to jail for this - and that only a couple of months back (in June). So basically, whereas I wholeheartedly congratulate women in the kingdom for being able to (legally) drive, I am scared these small victories end up doing more harm than good - they will be used by others as a proof of women's incompetence, dependence on men, and - having "a quarter of a brain". Much like the US is trying to portray its black population in what was once "a post-racial society".
Posted by Tarek Chemaly at 8:31 AM