Hungry Jack's - escape from hipster hell (but is it everywhere?) 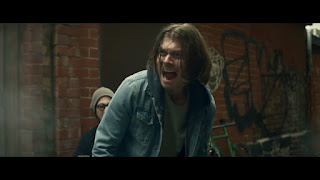 Hungry Jack's or the Australian Subsidiary of Burger King (with the same old logo design of Burger king) has released a funny take on hipster culture with their "keeping it real" concept. All the cliches are there - the kale, the jam jars, the microscopic food, the beanie hats, the bicycles, the man buns, and the list continues.... See the ad here!
My question however is somewhere else - whereas I am aware brands are trying to target millennials, but are those millennials really uniformly behaving like that? Remember, I teach at university (and in the arts department no less!) and still, hipsters are not the main bulk of the students at all.
In the university at large, their percentage is also quite small. A friend suggested for me "to move closer to Beirut" but this actually proves my point - outside some enclaves (Mar Mikhael, the pubs and clubs there, etc...) they are not present at all. Actually, even in Beirut, and apart from creative jobs (such as advertising agency employees or freelance "artists"/'designers" who roam the city with their laptop from one cafe to the next) I still do not see the hipster lifestyle as rampant. Or perhaps it is me who is subjected to the wrong sample of the population.
However, I still maintain the theory that there is still a major chunk of youth not being part of the phenomenon.
Posted by Tarek Chemaly at 8:01 AM