Seven - a teaser for? 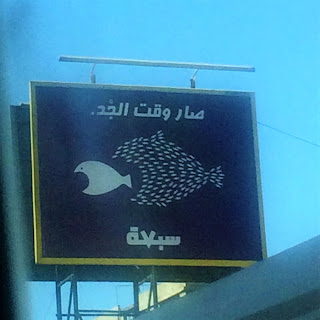 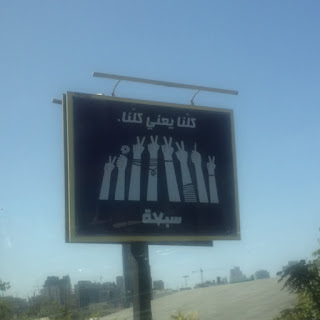 I have suspicions this is a political movement, but the again who knows these days? Seven or sab3a in Arabic is flooding every billboard in town so it is a well-financed campaign. "All of us means all of us" "this is Lebanon's new color" "now it's time to play serious" (which in French was "on s'organise" and in English "we're going head to head"). The last visual of a big fish made up of smaller fish eating a smaller one was a bit riminiscent of one I saw in Amsterdam in the year 2000. 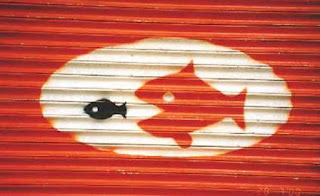 The one in Holland was for a mobile telephone company, I doubt this is the same category of client here.
Now that is odd, just as the campaign is covering the streets, it seems it is already called "Sabaa Politics" on Facebook.Creating a semi-reveal basically launching a torpedo against the campaign on the billboards.
Posted by Tarek Chemaly at 7:48 AM