Go throw your garbage in Syria 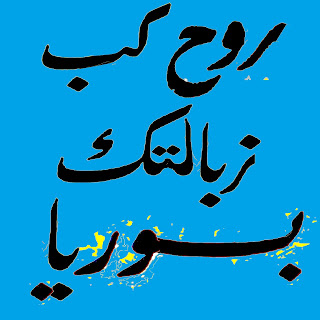 The scene happens on an idal morning 35 kms to the north of Beirut.
I am off to have a haircut on a sunny day when a Syrian boy is waling in front of me. He is around 10 years old, dressed in Sandals, jeans and a bright yellow jumper. He peels a banana, throws the peel on the road, and keeps walking nonchalantly.
I tell him "pick it up and throw it in the garbage can, now!" - he picks it - obviously not understanding what the fuss is about, tries to find a garbage can, then throws it under the can, then looks around to see if anyone - specifically me - is watching. And I was watching, "you pick this from the floor now, put it in the can, and next time go throw your garbage in Syria".
I was upset at two things - the boy and my reaction. Please note Syrians are not a "race" so I was not "racist" in my talk,. But obviously I was denigrating his origins and his lack of civility. Sure, you may say "so Lebanon has just experienced a big garbage problem what is the issue with one more banana peel?"(it would not have made a difference had the boy thrown the banana peel on the unkept garden next to the house which has not been lived in for decades as it is biodegradable, but it does matter when the municipality is the one that sweeps the streets) - "would you have done the same had he been a Lebanese?" (yes, except I would have said "go throw your garbage in your house").
I consider myself to be a curtuous person usually, but I was extremely upset. I am the kind of man who is known to be generous with the househelp, who gave bags of items for Syrian refugees who make up a third to a fourth of all people living in Lebanon now, but am losing my patience at this stage! Remember, these are the same people going to Sweden and Germany and other European countries.
Posted by Tarek Chemaly at 11:52 AM