Bird on a Wire blowing in the wind in London! 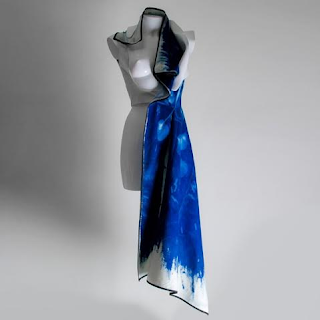 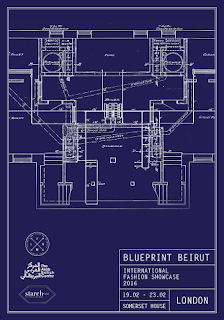 After being the first Lebanese designer to win the Woolmark Regional Prize, Bird on a Wire is representing Lebanon alongside Margherita (Ghita Abi Hana), Bashar Assaf, Nour Najem, La Terre est Folle, Sevag Dilsizian, Timi Hayek and Mira Hayek showcasing at the Somerset House in London from February 19 to 23 2016. The British Council and the British Fashion Council will present work by emerging fashion designers from 25 countries in an exhibition entitled Fashion Utopias. Presenting with the Starch Foundation under the theme Blueprint Beirut, here is a sneak peak on what Bird on a Wire has been working on lately:

“Nawaret”, the title of the piece (detail picture attached), is a beautiful greeting often used in Lebanon, which implies “You light up the room when you walk in". Playing on the dichotomy of Lebanon, we employed the cyanotype transfer technique, which is an old method used to print blueprints. It is performed partly in a dark room and partly being exposed to the sun. For this piece, light bulbs placed on the surface during the development phase, play on the exposure of the light by blocking parts, and letting through others, creating a random and mesmerizing haze. Rayya Morcos, the brain behind Bird on a Wire told me: "The piece itself, doubling as an over coat or dress, continues in our adaptation of incomplete pieces, and is adorned with a fiberglass necklace. The combination of both items reveals a silhouette that is seemingly blowing in the wind".
Posted by Tarek Chemaly at 7:58 AM